The iPhone App Store contains more than 750,000 apps, and over 500 apps are launching every day. But a very small percentage of these apps ever become successful, and even fewer make it to the bestselling list and remain there

What Do The Top Selling iPhone Apps Have In Common?

I spent several months downloading and studying hundreds of the most popular and top selling iPhone apps on the App Store. I’ve dissected each one of them, and looked at each screen and UI component individually, trying to figure out what make these apps simple, elegant and easy to use. And do you know what I found out?

They Use Similar Interface Design Patterns!

Most of these apps are using common UI patterns to design user profiles, image galleries, activity streams, contact management, and many other screens. And to help you create equally successful apps without spending several hours researching, outlining and prototyping each screen from scratch, I’ve designed a large collection of ready-made screens based on the UI patterns of top selling iPhone apps, and which you can use directly in your next app prototypes.

These screens were all designed in Keynote and PowerPoint, and can be customized and edited to fit your app needs with minimal effort. They are all vector shapes and retina-ready.

Why use these ready-made UI screens?

Deliver winning client proposals with embedded prototypes, and finish your projects ahead of deadlines

Here is how they work

And here’s what you get 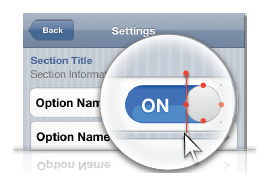 Compatible with Keynote 09 on Mac and Keynote on the iPad, as well as most versions of PowerPoint on Mac and PC 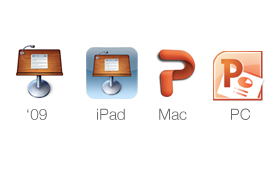 Prototyping with Keynotopia UI Patterns is like having the best app designers in the world create your next prototypes for you!

Here are screenshots of what’s included

Save 10 hours on your next prototyping project. Guaranteed!

The artwork used in these patterns is copyrighted to Aaron Jasinski.